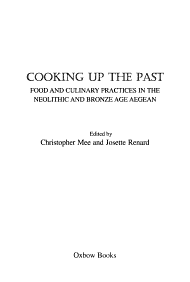 This volume focuses on the ways in which the production and consumption of food developed in the Aegean region in the Neolithic and Early Bronze Age, to see how this was linked to the appearance of more complex forms of social organization. Sites from Macedonia in the north of Greece down to Crete are discussed and chronologically the papers cover not only the Neolithic and Early Bronze Age but extend into the Middle and Late Bronze Age and Classical period as well. The evidence from human remains, animal and fish bones, cultivated and wild plants, hearths and ovens, ceramics and literary texts is interpreted through a range of techniques, such as residue and stable isotope analysis. A number of key themes emerge, for example the changes in the types of food that were produced around the time of the Final Neolithic-Early Bronze Age transition, which is seen as a particularly critical period, the ways in which foodstuffs were stored and cooked, the significance of culinary innovations and the social role of consumption. 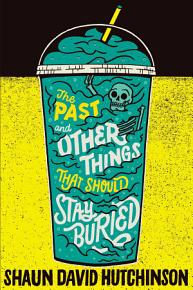 “A fearless and brutal look at friendships...you will laugh, rage, and mourn its loss when it’s over.” —Justina Ireland, New York Times bestselling author of Dread Nation “Simultaneously hilarious and moving, weird and wonderful.” —Jeff Zentner, Morris Award–winning author of The Serpent King Six Feet Under meets Pushing Daisies in this quirky, heartfelt story about two teens who are granted extra time to resolve what was left unfinished after one of them suddenly dies. A good friend will bury your body, a best friend will dig you back up. Dino doesn’t mind spending time with the dead. His parents own a funeral home, and death is literally the family business. He’s just not used to them talking back. Until Dino’s ex-best friend July dies suddenly—and then comes back to life. Except not exactly. Somehow July is not quite alive, and not quite dead. As Dino and July attempt to figure out what’s happening, they must also confront why and how their friendship ended so badly, and what they have left to understand about themselves, each other, and all those grand mysteries of life. Critically acclaimed author Shaun Hutchinson delivers another wholly unique novel blending the real and surreal while reminding all of us what it is to love someone through and around our faults. 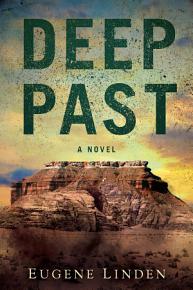 “A fascinating thriller… Linden does a masterly job of integrating intriguing speculative science into a page-turning plot.” —Publisher's Weekly, starred review If nature could invent intelligence of our scale in a blink of geologic time, who’s to say it hasn’t been done before… A routine dig in Kazakhstan takes a radical turn for thirty-two-year-old anthropologist Claire Knowland when a stranger turns up at the site with a bizarre find from a remote section of the desolate Kazakh Steppe. Her initial skepticism of this mysterious discovery gives way to a realization that the find will shake the very foundations of our understanding of evolution and intelligence. Corrupt politics of Kazakhstan force Claire to take reckless chances with the discovery. Among the allies she gathers in her fight to save herself and bring the discovery to light is Sergei Anachev, a brilliant but enigmatic Russian geologist who becomes her unlikely protector even as he deals with his own unknown crisis. Ultimately, Claire finds herself fighting not just for the discovery and her academic reputation, but for her very life as great power conflict engulfs the unstable region and an unscrupulous oligarch attempts to take advantage of the chaos. Drawing on Eugene Linden’s celebrated non-fiction investigations into what makes humans different from other species, this international thriller mixes fact and the fantastical, the realities of academic politics, and high stakes geopolitics—engaging the reader every step of the way. 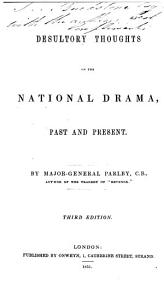 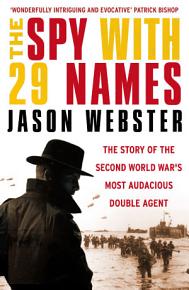 He fought on both sides in the Spanish Civil War. He was awarded the Iron Cross by Hitler and an MBE by Britain. To MI5 he was known as Garbo. To the Abwehr, he was Alaric. He also went by Rags the Indian Poet, Mrs Gerbers, Stanley the Welsh Nationalist – and 24 other names. He tricked Hitler over D-Day. He was the greatest double agent in history. But who, exactly, was Juan Pujol? Using his intimate knowledge of Spain and his skills as a crime novelist, Jason Webster tells for the first time the full true story of the character who captured the imagination in Ben Macintyre’s Double Cross. He tells of Pujol’s early life in Spain, his determination to fight totalitarianism and his strange journey from German spy to MI5. Working for the British, whom he saw as the exemplars of freedom and democracy, he created a bizarre fictional network of spies – 29 of them – that misled the entire German high command, including Hitler himself. Above all, in Operation Fortitude he diverted German Panzer divisions away from Normandy, playing a crucial role in safeguarding D-Day and ending the war, and securing his reputation as the most successful double agent of the war. Meticulously researched, yet told with the verve of a thriller, The Spy with 29 Names uncovers the truth – far stranger than any fiction – about the spy behind one of recent history’s most important and dramatic events. 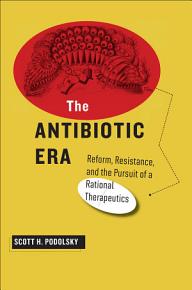 In The Antibiotic Era, physician-historian Scott H. Podolsky narrates the far-reaching history of antibiotics, focusing particularly on reform efforts that attempted to fundamentally change how antibiotics are developed and prescribed. This sweeping chronicle reveals the struggles faced by crusading reformers from the 1940s onward as they advocated for a rational therapeutics at the crowded intersection of bugs and drugs, patients and doctors, industry and medical academia, and government and the media. During the post–World War II "wonder drug" revolution, antibiotics were viewed as a panacea for mastering infectious disease. But from the beginning, critics raised concerns about irrational usage and overprescription. The first generation of antibiotic reformers focused on regulating the drug industry. The reforms they set in motion included the adoption of controlled clinical trials as the ultimate arbiters of therapeutic efficacy, the passage of the Kefauver-Harris amendments mandating proof of drug efficacy via well-controlled studies, and the empowering of the Food and Drug Administration to remove inefficacious drugs from the market. Despite such victories, no entity was empowered to rein in physicians who inappropriately prescribed, or overly prescribed, approved drugs. Now, in an era of emerging bugs and receding drugs, discussions of antibiotic resistance focus on the need to develop novel antibiotics and the need for more appropriate prescription practices in the face of pharmaceutical marketing, pressure from patients, and the structural constraints that impede rational delivery of antibiotics worldwide. Concerns about the enduring utility of antibioticsâ€”indeed, about a post-antibiotic eraâ€”are widespread, as evidenced by reports from the Centers for Disease Control and Prevention, academia, and popular media alike. Only by understanding the historical forces that have shaped our current situation, Podolsky argues, can we properly understand and frame our choices moving forward. 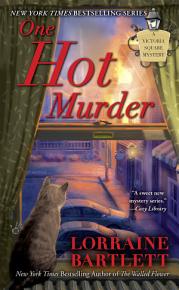 Where there’s smoke… Katie Bonner, the reluctant manager of Artisans Alley in the quaint shopping district of Victoria Square, is no stranger to ambivalence. Things have been going hot and heavy with pizza maker Andy Rust—so much so that Katie has moved in over his pizza parlor. But now that summer’s ushered in a heat wave, an apartment above pizza ovens without an air conditioner is making Katie hot and bothered. At the height of the heat wave, a tragic fire strikes Victoria Square. Wood U, a small store selling wooden gifts and small furniture, is destroyed. But the fire may just be a smoke screen—for murder. A body is found among the charred wreckage, and the victim didn’t die from smoke inhalation. He was shot. Now—despite making Detective Ray Davenport hot under the collar—Katie is determined to smoke out a coldhearted killer… 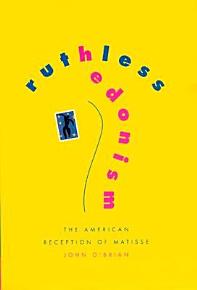 This intriguing, wide-ranging investigation of Matisse's self-promotion, America's uneasy embrace of modernism, and America's consumer culture and politics provides a rich context to Clement Greenberg's words published in the Nation in 1947."Matisse's cold hedonism and ruthless exclusion of everything but the concrete, immediate sensation will in the future, once we are away from the present Zeitgeist, be better understood as the most profound mood of the first half of the twentieth century." 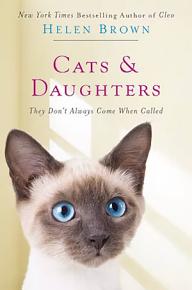 Some say your previous cat chooses your new feline. If so, what in cat heaven's name was our beloved Cleo thinking when she sent us a crazy cat like Jonah? Helen Brown swore she'd never get another cat after her precious Cleo died. But that was before a cute Siamese with an intense blue gaze wrapped her around his paw. Demonstrating the grace of a trapeze artist--and a talent for smashing anything breakable--Jonah seduced the household with his daredevil antics and heart-melting purr. With her son getting married, her daughter setting off on a potentially dangerous personal quest, and a recent brush with her own mortality, Helen faced a whirlwind of joys and challenges. Yet Jonah proved just the thing to ease the busy household's growing pains. Uplifting, witty, and wise, here is a story of love and family--four-legged members included. Don't Miss Helen Brown's Beloved Bestseller, Cleo "A buoyant tale, heartfelt and open." --Booklist "An absolute must." --Cat World "Even non-cat-lovers will be moved." --Good Housekeeping 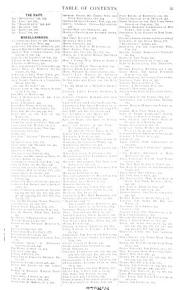 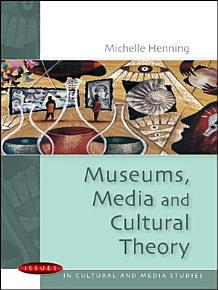 This book explores how historical and contemporary museums and exhibitions restage the relationship between people and material things and how in doing so, they become important sites for the development of new forms of experience, memory and knowledge. 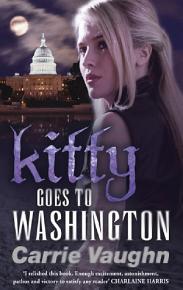 There's a hot were-jaguar in town, and Kitty's hungering for his touch . . . Celebrity werewolf and late-night radio host Kitty Norville prefers to be heard and not seen, but when she's invited to testify at a Senate hearing on behalf of the country's supernaturals, her face gets plastered all over national TV. Before long Kitty's inherited a brand-new set of friends and enemies, including the vampire mistress of the city, an über-hot Brazilian were-jaguar, and a Bible-thumping senator who plans to expose Kitty as the monster he truly believes her to be. Kitty quickly learns that in this city of dirty politicians and backstabbing pundits, everyone's itching for a fight - and she's about to be caught in the middle.