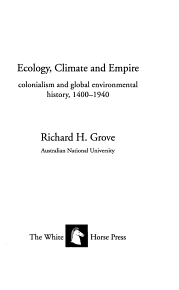 "This collection of essays from a pioneering scholar in the field of environmental history vividly demonstrates that concerns about climate change are far from being a uniquely modern phenomenon. Grove traces the origins of present-day environmental debates about soil erosion, deforestation and climate change in the writings of early colonial administrators, doctors and missionaries. He traces what is known and what can be inferred concerning historic El Nino events centuries before the devastating 1997/98 instance. In an important and wide-ranging concluding essay he analyses the general significance of 'marginal' land and its ecology in the history of popular resistance movements."--Amazon.com. 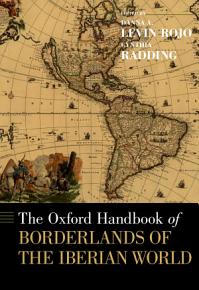 This collaborative multi-authored volume integrates interdisciplinary approaches to ethnic, imperial, and national borderlands in the Iberian World (16th to early 19th centuries). It illustrates the historical processes that produced borderlands in the Americas and connected them to globalcircuits of exchange and migration in the early modern world. The book offers a balanced state-of-the-art educational tool representing innovative research for teaching and scholarship. Its geographical scope encompasses imperial borderlands in what today is northern Mexico and southern UnitedStates; the greater Caribbean basin, including cross-imperial borderlands among the island archipelagos and Central America; the greater Paraguayan river basin, including the Gran Chaco, lowland Brazil, Paraguay, and Bolivia; the Amazonian borderlands; the grasslands and steppes of southernArgentina and Chile; and Iberian trade and religious networks connecting the Americas to Africa and Asia.The volume is structured around the following broad themes: environmental change and humanly crafted landscapes; the role of indigenous allies in the Spanish and Portuguese military expeditions; negotiations of power across imperial lines and indigenous chiefdoms; the parallel development ofsubsistence and commercial economies across terrestrial and maritime trade routes; labor and the corridors of forced and free migration that led to changing social and ethnic identities; histories of science and cartography; Christian missions, music, and visual arts; gender and sexuality,emphasizing distinct roles and experiences documented for men and women in the borderlands. While centered in the colonial era, it is framed by pre-contact Mesoamerican borderlands and nineteenth-century national developments for those regions where the continuity of inter-ethnic relations andeconomic networks between the colonial and national periods is particularly salient, like the central Andes, lowland Bolivia, central Brazil, and the Mapuche/Pehuenche captaincies in South America. All the contributors are highly recognized scholars, representing different disciplines and academictraditions in North America, Latin America and Europe. 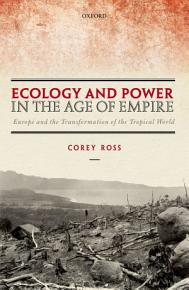 Ecology and Power in the Age of Empire provides the first wide-ranging environmental history of the heyday of European imperialism, from the late nineteenth century to the end of the colonial era. It focuses on the ecological dimensions of the explosive growth of tropical commodity production, global trade, and modern resource management-transformations that still visibly shape our world today-and how they were related to broader social, cultural, and political developments in Europe's colonies. Covering the overseas empires of all the major European powers, Corey Ross argues that tropical environments were not merely a stage on which conquest and subjugation took place, but were an essential part of the colonial project, profoundly shaping the imperial enterprise even as they were shaped by it. The story he tells is not only about the complexities of human experience, but also about people's relationship with the ecosystems in which they were themselves embedded: the soil, water, plants, and animals that were likewise a part of Europe's empire. Although it shows that imperial conquest rarely represented a sudden bout of ecological devastation, it nonetheless demonstrates that modern imperialism marked a decisive and largely negative milestone for the natural environment. By relating the expansion of modern empire, global trade, and mass consumption to the momentous ecological shifts that they entailed, this book provides a historical perspective on the vital nexus of social, political, and environmental issues that we face in the twenty-first-century world. 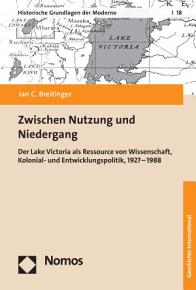 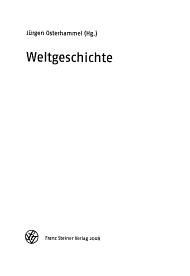 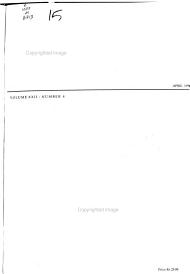 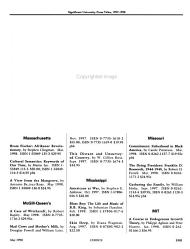 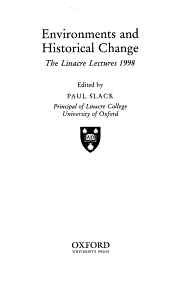 This book explores the shifting relationship between people and their environment by focusing on the relationship between the environmental and historical change. It examines questions such as; how has climate fluctuated and why? how have people exploited natural and defined their local place in it?; and why have boundaries taken the shapes they have? 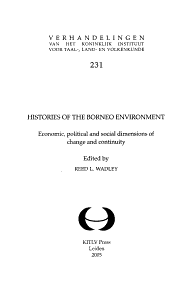 In light of the tremendous changes that have come to the island of Borneo in recent decades, this volume takes a detailed historical look at the Borneo environment from native, colonial and national perspectives. It examines change and continuity in the economic, political and social dimensions of human-environment interactions. Reflecting the increasingly multidisciplinary nature of environmental history, the book brings together an international group of historians, anthropologists, geographers and social foresters, all looking through a historical lens at the environment in the Malaysian states of Sabah and Sarawak, and the Indonesian province of Kalimantan and Brunei. Drawing on extensive archival research and fieldwork, these ten original contributions encompass eleven centuries of history on Borneo, examining interrelated topics that include long-distance trade, conservation, land tenure, resource access, property rights, perceptions of the environment, migration, and development policy and practice. The chapters in this volume are extensively revised versions of selected papers presented at an international seminar on '"Environmental change in native and colonial histories of Borneo: Lessons from the past, prospects for the future"' held in Leiden under the auspices of the International Institute for Asian Studies. 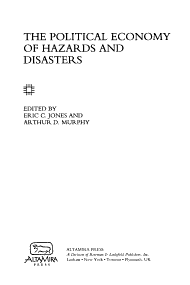 This volume explores the ways in which economies deal with severe crises: how vulnerability is economically constructed, how production and trade practices adapt to new situations, and how political economic objectives play out in recovery efforts. 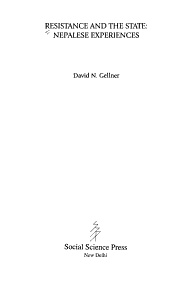 The contributors to this volume, illuminate the complex relationship - sometimes wary, sometimes accommodative, sometimes violent - between a modernizing, developmentalist state, and the people it professes to represent and benefit.This book covers subjects such as, state, development and local politics, state and ethnic activism, and state and Maoist insurgency. It also contains an important introductory paper on the transformation of the Nepalese State by David N.Gellner. 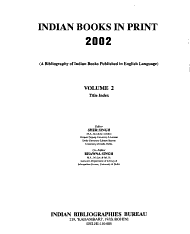