This is one of a pair of volumes by Paul Kroll (the companion volume deals with medieval Taoism and the poetry of Li Po). Collecting eleven essays by this leading scholar of Chinese poetry, the volume presents a selection of studies devoted to the medieval period, centering especially on the T'ang dynasty. It opens with the author's famous articles on the dancing horses of T'ang, on the emperor HsÃ1/4an Tsung's abandonment of his capital and forced execution of his prized consort, and on poems relating to the holy mountain T'ai Shan (with special attention to Li Po). Following these are detailed examinations of landscape and mountain imagery in the poetry of the "High T'ang" period in the mid-8th century, and of an extraordinary attempt made in the mid-9th-century to recall in verse and anecdote the great days of the High T'ang. The second section of the book includes two articles on birds (notably the kingfisher and the egret) in medieval poetry, and four of Kroll's influential studies focusing on the verse-form known as the fu or "rhapsody," especially drawing from the 3rd-century poet Ts'ao Chih and the 7th-century poet Lu Chao-lin. 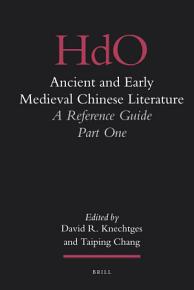 The long-awaited, first Western-language reference guide, this work offers a wealth of information on writers, genres, literary schools and terms of the Chinese literary tradition from earliest times to the seventh century C.E. 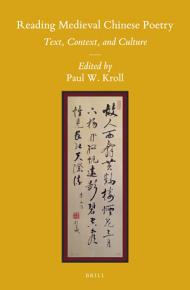 Nine renowned sinologists present a range of studies that display the riches of medieval Chinese verse in varied guises. All major verse-forms, including shi, fu, and ci, are examined, with a special focus on poetry’s negotiation with tradition and historical context. 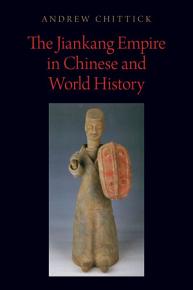 This work offers a sweeping re-assessment of the Jiankang Empire (3rd-6th centuries CE), known as the Chinese "Southern Dynasties." It shows how, although one of the medieval world's largest empires, Jiankang has been rendered politically invisible by the standard narrative of Chinese nationalist history, and proposes a new framework and terminology for writing about medieval East Asia. The book pays particular attention to the problem of ethnic identification, rejecting the idea of "ethnic Chinese," and delineating several other, more useful ethnographic categories, using case studies in agriculture/foodways and vernacular languages. The most important, the Wuren of the lower Yangzi region, were believed to be inherently different from the peoples of the Central Plains, and the rest of the book addresses the extent of their ethnogenesis in the medieval era. It assesses the political culture of the Jiankang Empire, emphasizing military strategy, institutional cultures, and political economy, showing how it differed from Central Plains-based empires, while having significant similarities to Southeast Asian regimes. It then explores how the Jiankang monarchs deployed three distinct repertoires of political legitimation (vernacular, Sinitic universalist, and Buddhist), arguing that the Sinitic repertoire was largely eclipsed in the sixth century, rendering the regime yet more similar to neighboring South Seas states. The conclusion points out how the research re-orients our understanding of acculturation and ethnic identification in medieval East Asia, generates new insights into the Tang-Song transition period, and offers new avenues of comparison with Southeast Asian and medieval European history. 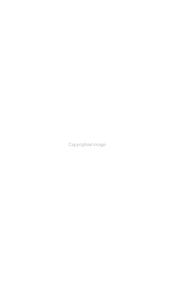 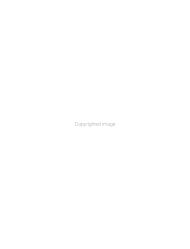 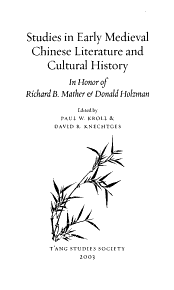 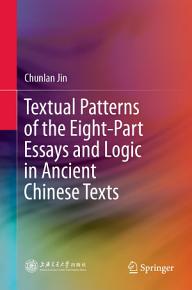 This book systematically depicts the theory of textual patterns (chengshi) of the eight-part essays and logic in ancient Chinese texts. With the rare materials, it covers all the basic and important aspects of the whole process and values of chengshi, such as the transformation of different parts and the coherent expression of the doctrines, the planning of writing, and the application to the aesthetic and pedagogic fields. It also explores the similarities and disparities of logical patterns between ancient Chinese and Western texts. Though entirely fresh and tentative, the contrastive studies get new insights into the logic and philosophical concepts hidden in the writings for better understanding of the uniqueness and richness implied in Chinese culture. 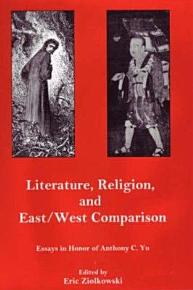 This book pays critical homage to the eminent comparatist of Chinese and Western literature and religion, Anthony C. Yu of The University of Chicago. Broadly comparative, cross-cultural, and interdisciplinary in scope, the volume consists of an introductory essay on Yu's scholarly career, and thirteen additional essays on topics such as literary texts and traditions of varying provenance and periods, ranging from ancient Greece, medieval Europe, and nineteenth- and twentieth-century England and America, to China from the classical to modern periods. The disciplines and areas of research that the essays draw into constructive engagement with one another include comparative literature, religion and literature, history of religions, (or comparative religion), religion and social thought, and the study of myth. Eric Ziolkowski is Professor and Head of the Department of Religious Studies at Lafayette College. 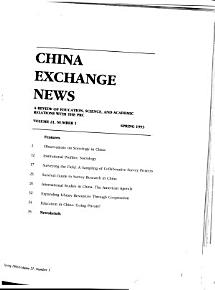 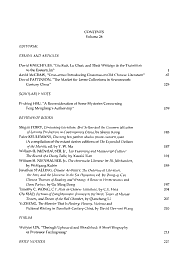