A new collection by a promising young poet that investigates place, memory, and ruin.

A book that interrogates the idea of America--especially our westering, both historical and contemporary. 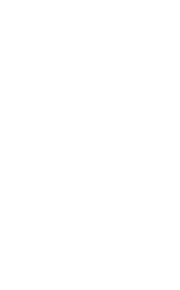 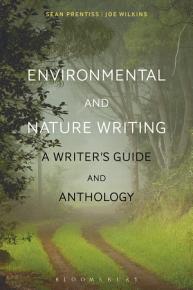 Offering guidance on writing poetry, nonfiction, and fiction, Environmental and Nature Writing is a complete introduction to the art and craft of writing about the environment in a wide range of genres. With discussion questions and writing prompts throughout, Environmental and Nature Writing: A Writers' Guide and Anthology covers such topics as: · The history of writing about the environment · Image, description and metaphor · Environmental journalism, poetry, and fiction · Researching, revising and publishing · Styles of nature writing, from discovery to memoir to polemic The book also includes an anthology, offering inspiring examples of nature writing in all of the genres covered by the book, including work by: John Daniel, Camille T. Dungy, David Gessner, Jennifer Lunden, Erik Reece, David Treuer, Bonnie Jo Campbell, Alyson Hagy, Bonnie Nadzam, Lydia Peelle, Benjamin Percy, Gabrielle Calvocoressi, Nikky Finney, Juan Felipe Herrera, Major Jackson, Aimee Nezhukumatathil, G.E. Patterson, Natasha Trethewey, and many more. 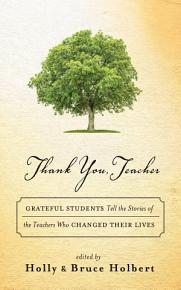 What do rock stars, Nobel laureates, bestselling novelists, astronauts, and attorneys have in common? A teacher changed their lives. Like them, most of us can name a teacher who gave us not only good instruction but also confidence and drive. But, in the face of teachers being blamed for a variety of social and economic woes, teachers themselves can easily wonder whether they are making a difference in students’ lives. When veteran teacher Bruce Holbert asked himself this question, his wife, Holly, responded by sending letters to hundreds of people she had never met and had no reason to believe would respond, asking about teachers who mattered to them. She was overwhelmed by answers. Thank You, Teacher presents more than eighty of these up-close-and-personal stories. By a delightfully diverse range of contributors, these essays are wise and witty testaments to the teachers who do what they do every day without expecting recognition, but who so richly deserve it. 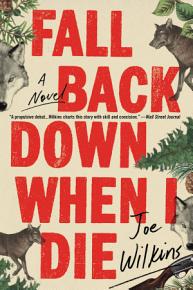 For readers of My Absolute Darling and Fourth of July Creek, a "riveting and timely" Montana story about the unbreakable bond between a young man and the abandoned boy put in his care (Jess Walter), as old grievances of land and blood are visited upon them. Wendell Newman, a young ranch hand in Montana, has recently lost his mother, leaving him an orphan. His bank account holds less than a hundred dollars, and he owes back taxes on what remains of the land his parents owned, as well as money for the surgeries that failed to save his mother's life. An unexpected deliverance arrives in the form of seven-year-old Rowdy Burns, the mute and traumatized son of Wendell's incarcerated cousin. When Rowdy is put under his care, what begins as an ordeal for Wendell turns into a powerful bond, as he comes to love the boy more than he ever thought possible. That bond will be stretched to the breaking point during the first legal wolf hunt in Montana in more than thirty years, when a murder ignites a desperate chase. Caught on the wrong side of a disaffected fringe group, Wendell is determined both to protect Rowdy and to avoid the same violent fate that claimed his own father. A gripping story set in a fractured and misunderstood community, Fall Back Down When I Die is a haunting and unforgettable tale of sacrificial love. Finalist for the Center for Fiction First Novel Prize

Though creative nonfiction has been around since Montaigne, St. Augustine, and Seneca, we’ve only just begun to ask how this genre works, why it functions the way it does, and where its borders reside. But for each question we ask, another five or ten questions roil to the surface. And each of these questions, it seems, requires a more convoluted series of answers. What’s more, the questions students of creative nonfiction are drawn to during class discussions, the ones they argue the longest and loudest, are the same ideas debated by their professors in the hallways and at the corner bar. In this collection, sixteen essential contemporary creative nonfiction writers reflect on whatever far, dark edge of the genre they find themselves most drawn to. The result is this fascinating anthology that wonders at the historical and contemporary borderlands between fiction and nonfiction; the illusion of time on the page; the mythology of memory; poetry, process, and the use of received forms; the impact of technology on our writerly lives; immersive research and the power of witness; a chronology and collage; and what we write and why we write. Contributors: Nancer Ballard, H. Lee Barnes, Kim Barnes, Mary Clearman Blew, Joy Castro, Robin Hemley, Judith Kitchen, Brenda Miller, Ander Monson, Dinty W. Moore, Sean Prentiss, Lia Purpura, Erik Reece, Jonathan Rovner, Bob Shacochis, and Joe Wilkins. 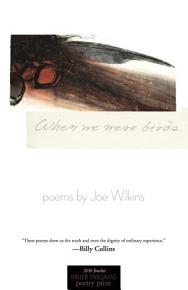 In When We Were Birds, Joe Wilkins wrestles his attention away from the griefs, deprivations, and high prairies of his Montana childhood and turns toward "the bean-rusted fields and gutted factories of the Midwest," toward ordinary injustice and everyday sadness, toward the imminent birth of his son and his own confusions in taking up the mantle of fatherhood, toward faith and grace, legacy and luck. A panoply of voices are at play--the escaped convict, the late-night convenience store clerk, and the drowned child all have their say--and as this motley chorus rises and crests, we begin to understand something of what binds us and makes us human: while the world invariably breaks all our hearts, Wilkins insists that is the very "place / hope lives, in the breaking." Within a notable range of form, concern, and voice, the poems here never fail to sing. Whether praiseful or interrogating, When We Were Birds is a book of flight, light, and song. "When we were birds," Wilkins begins, "we veered & wheeled, we flapped & looped-- / it's true, we flew."

Fiction. Though Joe Wilkins's new collection of short fiction set under the big Montana sky may have all the trappings of a traditional Western—long shots of sage flats and blue mountains, late nights at the dingy local watering hole, and a hard-working cowboy making time with the boss's daughter—FAR ENOUGH is far from traditional. A series of short prose fragments told from several viewpoints, FAR ENOUGH follows Willie Benson, Wade Newman, and young Jackie Newman as they crisscross the high plains of eastern Montana, each searching for something to hold onto. Wilkins's narratives—splintered, wending, intertwined—sprawl out beneath a huge, dazzling sky filled with "blue lightning run the wrong way, red eruptions and the slow fade to gold, a white ache along the horizon." Poetic, darkly humorous, subversive—FAR ENOUGH is a Western for our time. "Equal parts rocketing narrative and arresting imagery, FAR ENOUGH trains a grave attention on the longings and flaws of ranch people, and the injustices they inflict and suffer. In these fiercely- charged 'fragments,' Joe Wilkins distills small-town, Big-Sky culture into a brilliant, austere, yet addictive liquor."—Anna Keesey, author of Little Century "Joe Wilkins's portrait of the modern American West is told via one-page dramatic tableaux that read like those suddenly captured moments in poetry, in language as simple and unadorned in its beauty as the Montana prairie. These men and women are laconic and unassuming in their wants, fears, desires, and Wilkins reveals them to us wholly, unsparingly, vividly. The vision here is clear-eyed and humane. If Chekhov were born in Billings instead of Taganrog, he might very well have written about people like this, just as Wilkins has."—Daniel Orozco, author of Orientation: And Other Stories "When I'm asked what an ideal story for our magazine would be, I think but don't say: like a Joe Wilkins story. FAR ENOUGH is tight, chiseled and beautiful, full of language so physical it seems like landscape itself. You can feel the West in these words. But you can feel the people too, their stories equal to the place. I love Joe Wilkins's stories. I always have."—David Gessner, Editor-in-Chief at Ecotone 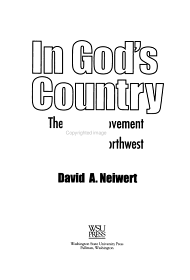 Neiwert's grand overview describes the wide range of Patriot organizations and beliefs found in Montana, Idaho, Washington and Oregon today. He presents a case for maintaining a dialogue with Patriot believers, because these people are our neighbors, relatives and fellow citizens, and they are here to stay.