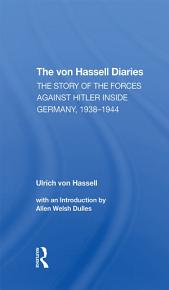 In this secret diary, Ulrich von Hassell gives us a vivid contemporary account of the various plots against Hitler's wartime Reich in Germany from 1938–1944. It is a first complete edition of his wartime memoir with new material from his grandson, Agostino von Hassell. 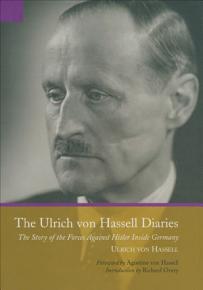 The memoir of a man who was a member of the Nazi Party—and ultimately became a martyr to the resistance. Ulrich von Hassell began working for the German Foreign Office in 1909, then aged twenty-eight. Two years later, he married Ilse von Tirpitz, the daughter of Grand Adm. Alfred von Tirpitz. After being wounded in the First Battle of the Marne, he worked as the admiral’s advisor and private secretary. Hassell joined the Nazi Party in 1933, but strongly opposed the Anti-Comintern Pact (1937) and was sacked by Joachim von Ribbentrop from his posting in Rome. After Poland was attacked, he led a delegation to allay European fears of further German aggression. He participated in plans to overthrow Hitler, acting as a liaison between Carl Goerdeler, Ludwig Beck, and the Kreisau Circle, and attempted to recruit Franz Halder, Friedrich Fromm, and Erwin Rommel to the idea of a military coup followed by a negotiated peace. He also used his position on the Central European Economic Council to discuss with Allied officials what could follow a coup d’état in Germany. Finally, he played the role of a principal civilian advisor in the July Plot of 1944—and was executed after a two-day trial. Without doubt, Ulrich von Hassell was one of the most important members of the German Resistance: this is the first complete edition of his wartime memoir with new material from his grandson, Agostino von Hassell. 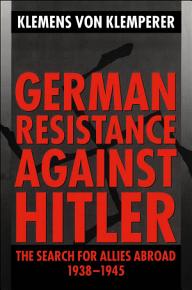 However, Professor von Klemperer shows that many of the principles and strategies of the Widerstand had distinct moral and historical consequences when considered in their context. This context includes changes in the nature of international diplomacy which became evident in the resisters' contacts with the churches, the international intelligence community, and the Resistance movements outside Germany. 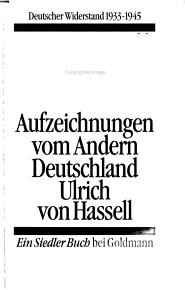 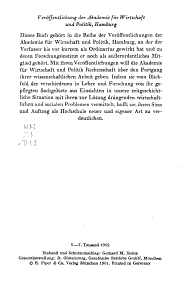 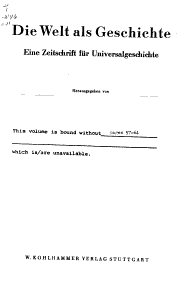 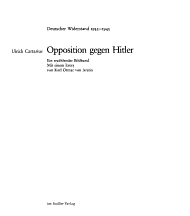 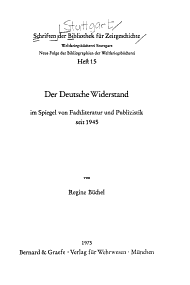 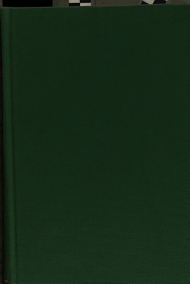 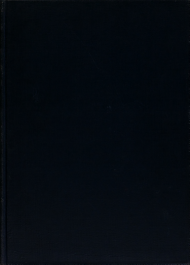