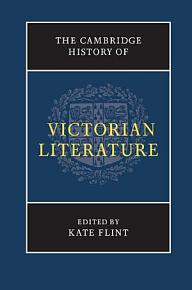 This collaborative History aims to become the standard work on Victorian literature for the twenty-first century. Well-known scholars introduce readers to their particular fields, discuss influential critical debates and offer illuminating contextual detail to situate authors and works in their wider cultural and historical contexts. Sections on publishing and readership and a chronological survey of major literary developments between 1837 and 1901, are followed by essays on topics including sexuality, sensation, cityscapes, melodrama, epic and economics. Victorian writing is placed in its complex relation to the Empire, Europe and America, as well as to Britain's component nations. The final chapters consider how Victorian literature, and the period as a whole, influenced twentieth-century writers. Original, lucid and stimulating, each chapter is an important contribution to Victorian literary studies. Together, the contributors create an engaging discussion of the ways in which the Victorians saw themselves and of how their influence has persisted. 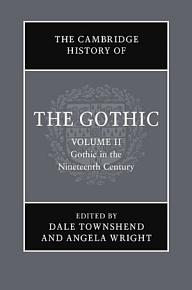 This second volume of The Cambridge History of the Gothic provides a rigorous account of the Gothic in British, American and Continental European culture, from the Romantic period through to the Victorian fin de siècle. Here, leading scholars in the fields of literature, theatre, architecture and the history of science and popular entertainment explore the Gothic in its numerous interdisciplinary forms and guises, as well as across a range of different international contexts. As much a cultural history of the Gothic in this period as an account of the ways in which the Gothic mode has participated in the formative historical events of modernity, the volume offers fresh perspectives on familiar themes while also drawing new critical attention to a range of hitherto overlooked concerns. From Romanticism, to Penny Bloods, Dickens and even the railway system, the volume provides a compelling and comprehensive study of nineteenth-century Gothic culture. 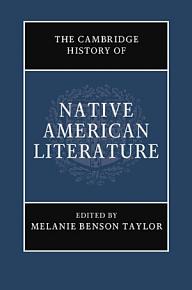 Native American literature has always been uniquely embattled. It is marked by divergent opinions about what constitutes authenticity, sovereignty, and even literature. It announces a culture beset by paradox: simultaneously primordial and postmodern; oral and inscribed; outmoded and novel. Its texts are a site of political struggle, shifting to meet external and internal expectations. This Cambridge History endeavors to capture and question the contested character of Indigenous texts and the way they are evaluated. It delineates significant periods of literary and cultural development in four sections: “Traces & Removals” (pre-1870s); “Assimilation and Modernity” (1879-1967); “Native American Renaissance” (post-1960s); and “Visions & Revisions” (21st century). These rubrics highlight how Native literatures have evolved alongside major transitions in federal policy toward the Indian, and via contact with broader cultural phenomena such, as the American Civil Rights movement. There is a balance between a history of canonical authors and traditions, introducing less-studied works and themes, and foregrounding critical discussions, approaches, and controversies.

Covering the complete range of writing in England, Scotland, Wales and Ireland, this volume also explores the impact of writing from the former colonies on English literature of the period. It analyzes the ways in which conventional literary genres were influenced by the cultural technologies of radio, cinema and television. This work is of major importance to anyone concerned with twentieth-century literature, its cultural context and its relation to the contemporary. 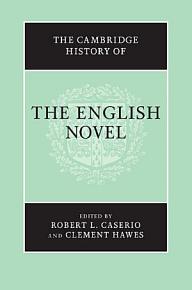 The Cambridge History of the English Novel chronicles an ever-changing and developing body of fiction across three centuries. An interwoven narrative of the novel's progress unfolds in more than fifty chapters, charting continuities and innovations of structure, tracing lines of influence in terms of themes and techniques, and showing how greater and lesser authors shape the genre. Pushing beyond the usual period-centered boundaries, the History's emphasis on form reveals the range and depth the novel has achieved in English. This book will be indispensable for research libraries and scholars, but is accessibly written for students. Authoritative, bold and clear, the History raises multiple useful questions for future visions of the invention and re-invention of the novel. 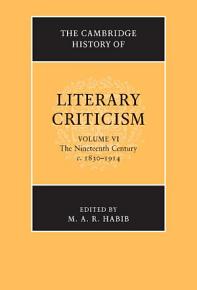 In the nineteenth century, literary criticism first developed into an autonomous, professional discipline in the universities. This volume provides a comprehensive and authoritative study of the vast field of literary criticism between 1830 and 1914. In over thirty essays written from a broad range of perspectives, international scholars examine the growth of literary criticism as an institution, and the major critical developments in diverse national traditions and in different genres, as well as the major movements of Realism, Naturalism, Symbolism and Decadence. The History offers a detailed focus on some of the era's great critical figures, such as Sainte-Beuve, Hippolyte Taine and Matthew Arnold, and includes essays devoted to the connections of literary criticism with other disciplines in science, the arts and Biblical studies. The publication of this volume marks the completion of the monumental Cambridge History of Literary Criticism from antiquity to the present day. 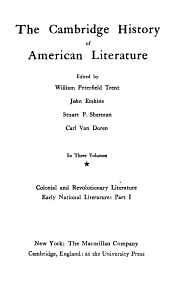 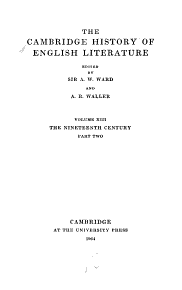 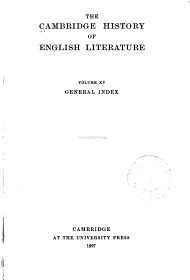 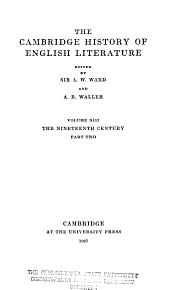 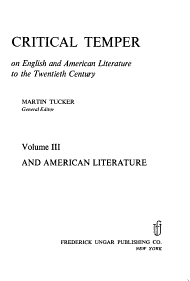