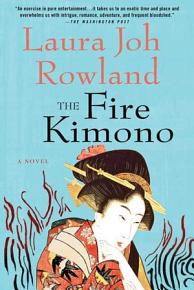 Japan, March 1700. Near a Shinto shrine in the hills, a windstorm knocks down a tree to uncover a human skeleton, long buried and forgotten. Meanwhile, in the nearby city of Edo, troops ambush and attack Lady Reiko, the wife of Sano Ichiro, the samurai detective who has risen to power and influence in the shogun's court. The troops who attacked Reiko appear to belong to Sano's fiercest enemy, Lord Matsudaira, who denies all responsibility. But if the rivals are not to blame for each other's misfortune, who is? Just as Sano's strife with Matsudaira begins to escalate to the brink of war, the shogun orders Sano to investigate the origins of the mysterious skeleton, buried with swords that identify it as belonging to the shogun's cousin, who disappeared forty years earlier on the night that a cursed kimono touched off a fire that nearly destroyed the city. Suddenly, Sano and Reiko are forced to confront dangerous, long-buried secrets that expose Sano's own mother as the possible culprit. The shogun gives Sano and Reiko just three days to clear her name—or risk losing not only their position at court but their families' lives. The Fire Kimono is another dazzling historical mystery from Laura Joh Rowland. 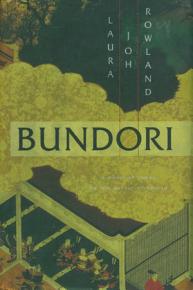 The sequel to the acclaimed novel Shinju again features detective Sano Ichiro as he trails a serial killer stalking feudal Japan. In 1689, an all-powerful shogun controls the state, surrounded by bitter machinations and political intrigues. When an ancient tradition suddenly and brutally reappears, Sano risks everything to bring the killer to justice. From the Hardcover edition. 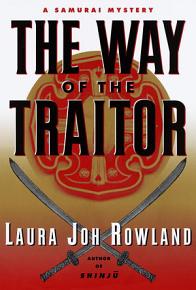 In a novel with echoes of Noble House, The Alchemist, and Gorky Park, Japan's preeminent detective-Samurai, Sano Ichiro, returns to risk his honor and life. In 1690 Nagasaki, Sano must crack his most sensitive case yet as he sets about to discover who killed a Dutch trader whose body has washed up on the shore of a small island famed for its "barbarians." From the Hardcover edition. 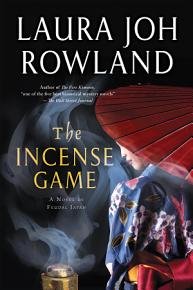 Winner of RT Magazine's Reviewers' Choice Award for Best Historical Mystery In the wake of a terrifying earthquake, Sano Ichiro races to solve a crime that could bring down the shogun's regime When a massive earthquake devastates Japan in 1703, even the shogun's carefully regulated court is left teetering on the brink of chaos. This is no time for a murder investigation—except when a nobleman's daughters are found dead from incense poisoning and their father threatens to topple the regime unless Sano Ichiro tracks down the killer. As Sano and his wife strive to solve the case in a world that is crumbling around them, Laura Joh Rowland—author of one of the "five best historical mystery novels" (The Wall Street Journal)—brings us her most powerful and evocative thriller set in Feudal Japan yet, The Incense Game. 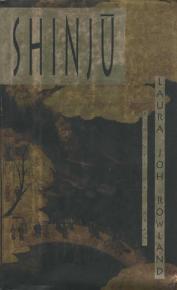 When beautiful, wealthy Yukiko and low-born artist Noriyoshi are found drowned together in a shinju, or ritual double suicide, everyone believes the culprit was forbidden love. Everyone but newly appointed yoriki Sano Ichiro. Despite the official verdict and warnings from his superiors, the shogun's Most Honorable Investigator of Events, Situations, and People suspects the deaths weren't just a tragedy -- they were murder. Risking his family's good name and his own life, Sano will search for a killer across every level of society -- determined to find answers to a mystery no one wants solved. No one but Sano... As subtle and beautiful as the culture it evokes, Shinju vividly re-creates a world of ornate tearooms and guady pleasure-palaces, cloistered mountaintop convents and dealthy prisons. Part love story, part myster, Shinju is a tour that will dazzle and entertain all who enter its world. BONUS: This edition includes an excerpt from Laura Joh Rowland's The Shogun's Daughter. 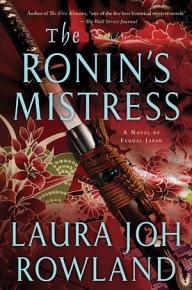 The Ronin's Mistress is a brilliant new twist on the fabled tale of the 47 Ronin, from Laura Joh Rowland--an author with "a painter's eye for the minutiae of court life [and] a politician's ear for intrigue." --The New York Times Book Review Japan, 1703. On a snowy night, 47 warriors murder the man at the center of the scandal that turned them from samurai into masterless ronin two years before. Clearly this was an act of revenge--but why did they wait so long? And is there any reason they should not immediately be ordered to commit ritual suicide? Sano Ichiro, demoted from Chamberlain to his old post as Most Honorable Investigator of Events, Situations, and People, has mere days to solve the greatest mystery of samurai legend--while his own fortunes hang in the balance. 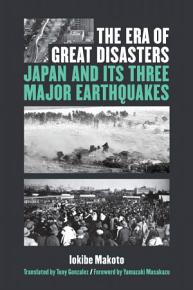 The Era of Great Disasters examines modern disaster response in Japan, from the changing earthquake preparations and regulations, to immediate emergency procedures from the national, prefectural, and city levels, and finally the evolving efforts of rebuilding and preparing for the next great disaster in the hopes of minimizing their tragic effects. This book focuses on three major earthquakes from Japan’s modern history. The first is the 1923 Great Kanto Earthquake, which struck the capital region. The second is the 1995 Great Hanshin-Awaji Earthquake, affecting the area between Kobe and Osaka. The third is the 2011 Great East Japan Earthquake, the magnitude 9.0 quake that struck off the Pacific coast of the Tohoku region, causing a devastating tsunami and nuclear accident. While the events of (and around) each of these earthquakes are unique, Professor Iokibe brings his deep expertise and personal experience to each disaster, unveiling not only the disasters themselves but the humanity underneath. In each case, he gives attention and gratitude to those who labored to save lives and restore the communities affected, from the individuals on the scene to government officials and military personnel and emergency responders, in the hope that we might learn from the past and move forward with greater wisdom, knowledge, and common purpose. 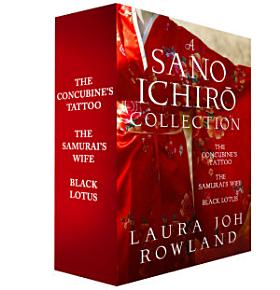 Laura Joh Rowland's acclaimed Sano Ichiro novels, set in seventeenth-century Japan, are riveting, richly imagined, and suspenseful. As Sano navigates a treacherous political landscape he works to protect the people of Edo, his family, and his honor in these compelling thrillers. The Concubine's Tattoo Sano Ichiro, the Shogun's most honorable investigator, is summoned to the imperial palace to find the murderer of a young concubine poisoned while applying a lover's tattoo. Sano's new bride, Reiko, insists on helping him with the case. Reiko's samurai blood and warrior's skill alarm her new husband, who expected a docile wife. But Reiko is only the first of many surprises... The Samurai's Wife Sano Ichiro, the Shogun's Most Honorable Investigator of Events, Situations, and People, has his doubts about the partnership that he and his spirited new wife, Reiko, have forged: While he recognizes that her help on his cases can be invaluable, he sometimes longs for a more traditional wife. Still, when a botched case and the resulting loss of face sends Sano to the Imperial city to find a killer whose methods are as terrifying as they are elusive, Sano needs the talents of his wife more than ever to infiltrate the emperor's inner circle. Black Lotus When Sano Ichiro is called on to investigate the burning of a cottage belonging to the Black Lotus Temple, he makes a shocking discovery. The three victims of the blaze were murdered before the fire even began. Sano's search for a killer leads him to Haru, an orphan girl found at the scene of the crime. But Sano's wife, Reiko, investigating the case against Sano's wishes, is convinced of Haru's innocence. Behind the walls of the Black Lotus Temple she discovers a sect involved in extortion, prostitution, and hedonistic rituals. Could one of the sect's members be the killer? Now Reiko must risk her marriage to Sano in order to prove Haru's innocence... 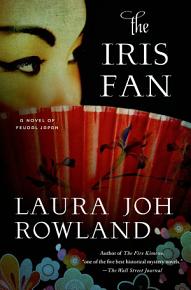 Japan, 1709. The shogun is old and ailing. Amid the ever-treacherous intrigue in the court, Sano Ichiro has been demoted from chamberlain to a lowly patrol guard. His relationship with his wife Reiko is in tatters, and a bizarre new alliance between his two enemies Yanagisawa and Lord Ienobu has left him puzzled and wary. Sano's onetime friend Hirata is a reluctant conspirator in a plot against the ruling regime. Yet, Sano's dedication to the Way of the Warrior—the samurai code of honor—is undiminished. Then a harrowing, almost inconceivable crime takes place. In his own palace, the shogun is stabbed with a fan made of painted silk with sharp-pointed iron ribs. Sano is restored to the rank of chief investigator to find the culprit. This is the most significant, and most dangerous, investigation of his career. If the shogun's heir is displeased, he will have Sano and his family put to death without waiting for the shogun's permission, then worry about the consequences later. And Sano has enemies of his own, as well as unexpected allies. As the previously unimaginable death of the shogun seems ever more possible, Sano finds himself at the center of warring forces that threaten not only his own family but Japan itself. Riveting and richly imagined, with a magnificent sense of time and place, The Iris Fan is the triumphant conclusion to Laura Joh Rowland's brilliant series of thrillers set in feudal Japan. 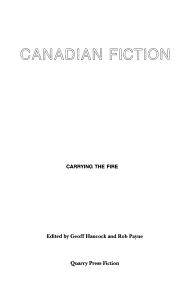 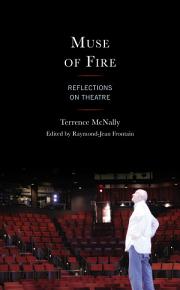 Acclaimed playwright Terrence McNally’s works are characterized by such diversity that critics have sometimes had difficulty identifying the pattern in his carpet. To redress this problem, in Muse of Fire, Raymond-Jean Frontain has collected McNally’s most illuminating meditations on the need of the playwright to first change hearts in order to change minds and thereby foster a more compassionate community. When read together, these various meditations demonstrate the profound ways in which McNally himself functioned as a member of the theater community—as a strikingly original dramatic voice, as a generous collaborator, and even as the author of eloquent memorials. These pieces were originally written to be delivered on both highly formal occasions (academic commencement exercises, award ceremonies, memorial services) and as off-the-cuff comments at highly informal gatherings, like a playwriting workshop at the New School. They reveal a man who saw theater not as the vehicle for abstract ideas or the platform for political statements, but as the exercise of our shared humanity. “Theatre is collaborative, but life is collaborative,” McNally says. “Art is important to remind us that we’re not alone, and this is a wonderful world and we can make it more wonderful by fully embracing each other. [. . .] I don’t know why it’s so hard to remind ourselves sometimes, but thank God we’ve had great artists who don’t let us forget. And thank the audiences who support them because I think that those artists’ true mission has been to bring the barriers down, break them down; not build walls, but tear them down.” 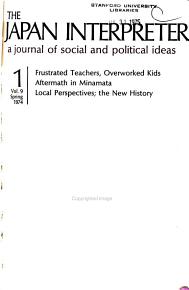