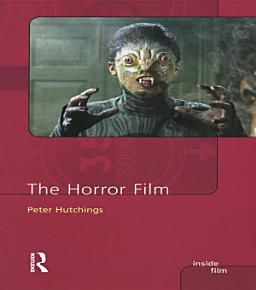 The Horror Film is an in-depth exploration of one of the most consistently popular, but also most disreputable, of all the mainstream film genres. Since the early 1930s there has never been a time when horror films were not being produced in substantial numbers somewhere in the world and never a time when they were not being criticised, censored or banned. The Horror Film engages with the key issues raised by this most contentious of genres. It considers the reasons for horror's disreputability and seeks to explain why despite this horror has been so successful. Where precisely does the appeal of horror lie? An extended introductory chapter identifies what it is about horror that makes the genre so difficult to define. The chapter then maps out the historical development of the horror genre, paying particular attention to the international breadth and variety of horror production, with reference to films made in the United States, Britain, Italy, Spain and elsewhere. Subsequent chapters explore: The role of monsters, focusing on the vampire and the serial killer. The usefulness (and limitations) of psychological approaches to horror. The horror audience: what kind of people like horror (and what do other people think of them)? Gender, race and class in horror: how do horror films such as Bride of Frankenstein, The Texas Chainsaw Massacre and Blade relate to the social and political realities within which they are produced? Sound and horror: in what ways has sound contributed to the development of horror? Performance in horror: how have performers conveyed fear and terror throughout horror's history? 1970s horror: was this the golden age of horror production? Slashers and post-slashers: from Halloween to Scream and beyond. The Horror Film throws new light on some well-known horror films but also introduces the reader to examples of noteworthy but more obscure horror work. A final section provides a guide to further reading and an extensive bibliography. Accessibly written, The Horror Film is a lively and informative account of the genre that will appeal to students of cinema, film teachers and researchers, and horror lovers everywhere. 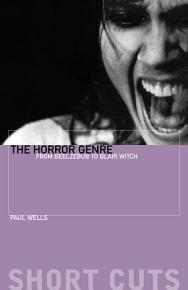 A comprehensive introduction to the history and key themes of the genre. The main issues and debates raised by horror, and the approaches and theories that have been applied to horror texts are all featured. In addressing the evolution of the horror film in social and historical context, Paul Wells explores how it has reflected and commented upon particular historical periods, and asks how it may respond to the new millennium by citing recent innovations in the genre's development, such as the "urban myth" narrative underpinning Candyman and The Blair Witch Project. Over 300 films are treated, all of which are featured in the filmography. 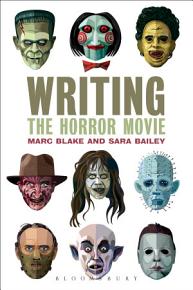 Tales of horror have always been with us, from Biblical times to the Gothic novel to successful modern day authors and screenwriters. Though the genre is often maligned, it is huge in popularity and its resilience is undeniable. Marc Blake and Sara Bailey offer a detailed analysis of the horror genre, including its subgenres, tropes and the specific requirements of the horror screenplay. Tracing the development of the horror film from its beginnings in German Expressionism, the authors engage in a readable style that will appeal to anyone with a genuine interest in the form and the mechanics of the genre. This book examines the success of Universal Studio's franchises of the '30s to the Serial Killer, the Slasher film, Asian Horror, the Supernatural, Horror Vérité and current developments in the field, including 3D and remakes. It also includes step-by-step writing exercises, annotated extracts from horror screenplays and interviews with seasoned writers/directors/ producers discussing budget restrictions, screenplay form and formulas and how screenplays work during shooting. 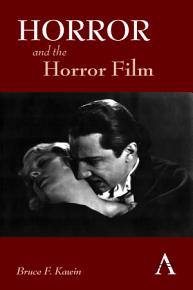 'Horror and the Horror Film' is a vivid, compelling, insightful and well-written study of the horror film and its subgenres from 1896 to the present, concentrating on the nature of horror in reality and on film. 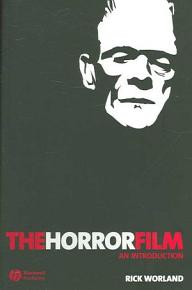 Combining historical narrative with close readings of several significant horror films, this brief volume offers a broad and lively introduction to cinematic horror. In doing so, it outlines and investigates important issues in the production, consumption, and cultural interpretation of the genre. An ideal text for perennially popular courses on the horror film genre. Examines the ways in which horror movies have been produced, received, and interpreted by filmmakers, audiences, and critics, from the 1920s to the present. Provides a short historical introduction of the horror film as an orientation to the field. Analyses a wide variety of major works in the genre, including Frankenstein, Cat People, Invasion of the Body Snatchers, The Texas Chain Saw Massacre, Halloween and Bram Stoker’s Dracula. 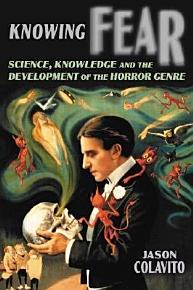 Tracing the development of horror entertainment since the late 18th century, this study argues that scientific discovery, technological progress, and knowledge in general have played an unparalleled role in influencing the evolution of horror. Throughout its many subgenres (biological horror, cosmic horror and others) and formats (film, literature, comics), horror records humanity's uneasy relationship with its own ability to reason, understand, and learn. The text first outlines a loose framework defining several distinct periods in horror development, then explores each period sequentially by looking at the scientific and cultural background of the period, its expression in horror literature, and its expression in horror visual and performing arts. 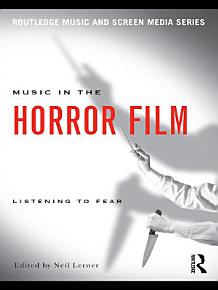 Music in Horror Film is a collection of essays that examine the effects of music and its ability to provoke or intensify fear in this particular genre of film. Frightening images and ideas can be made even more intense when accompanied with frightening musical sounds, and music in horror film frequently makes its audience feel threatened and uncomfortable through its sudden stinger chords and other shock effects. The essays in this collection address the presence of music in horror films and their potency within them. With contributions from scholars across the disciplines of music and film studies, these essays delve into blockbusters like The Exorcist, The Shining, and The Sixth Sense together with lesser known but still important films like Carnival of Souls and The Last House on the Left. By leading us with the ear to hear these films in new ways, these essays allow us to see horror films with fresh eyes. 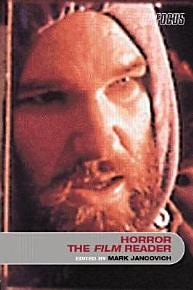 Key articles and essays introduce students to debates over the definition of the horror film as a genre, its sexual politics, and its conditions of production and consumption. 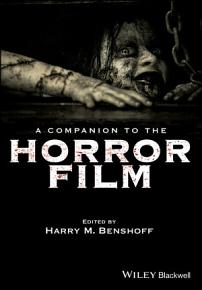 "Offers a critical survey of the art and practice of horror movies covering everything from craft and technique, historical developments, and modern-day trends, to broader topics opening onto the socio-political dimensions of the genre. The volume begins with essays devoted to the theoretical methodologies used to study the genre, from cognitive and philosophical approaches, through audience reception and psychoanalysis, to those approaches that examine gender, sexuality, race, class, and (dis) ability in relation to the horror film. Subsequent sections cover horror film aesthetics, the history of the genre, and specific subjects including distribution and the relationship between horror, art house movies, and the documentary impulse."--Provided by publisher. 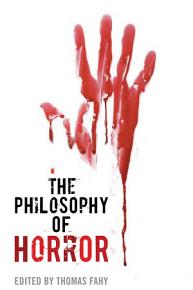 Sitting on pins and needles, anxiously waiting to see what will happen next, horror audiences crave the fear and exhilaration generated by a terrifying story; their anticipation is palpable. But they also breathe a sigh of relief when the action is over, when they are able to close their books or leave the movie theater. Whether serious, kitschy, frightening, or ridiculous, horror not only arouses the senses but also raises profound questions about fear, safety, justice, and suffering. From literature and urban legends to film and television, horror's ability to thrill has made it an integral part of modern entertainment. Thomas Fahy and twelve other scholars reveal the underlying themes of the genre in The Philosophy of Horror. Examining the evolving role of horror, the contributing authors investigate works such as Mary Shelley's Frankenstein (1818), horror films of the 1930s, Stephen King's novels, Stanley Kubrick's adaptation of The Shining (1980), and Alfred Hitchcock's Psycho (1960). Also examined are works that have largely been ignored in philosophical circles, including Truman Capote's In Cold Blood (1965), Patrick Süskind's Perfume (1985), and James Purdy's Narrow Rooms (2005). The analysis also extends to contemporary forms of popular horror and "torture-horror" films of the last decade, including Saw (2004), Hostel (2005), The Devil's Rejects (2005), and The Hills Have Eyes (2006), as well as the ongoing popularity of horror on the small screen. The Philosophy of Horror celebrates the strange, compelling, and disturbing elements of horror, drawing on interpretive approaches such as feminist, postcolonial, Marxist, and psychoanalytic criticism. The book invites readers to consider horror's various manifestations and transformations since the late 1700s, probing its social, cultural, and political functions in today's media-hungry society. 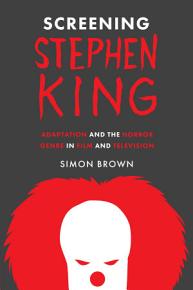 Since the 1970s, the name Stephen King has been synonymous with horror. His vast number of books has spawned a similar number of feature films and TV shows, and together they offer a rich opportunity to consider how one writer’s work has been adapted over a long period within a single genre and across a variety of media—and what that can tell us about King, about adaptation, and about film and TV horror. Starting from the premise that King has transcended ideas of authorship to become his own literary, cinematic, and televisual brand, Screening Stephen King explores the impact and legacy of over forty years of King film and television adaptations. Simon Brown first examines the reasons for King’s literary success and then, starting with Brian De Palma’s Carrie, explores how King’s themes and style have been adapted for the big and small screens. He looks at mainstream multiplex horror adaptations from Cujo to Cell, low-budget DVD horror films such as The Mangler and Children of the Corn franchises, non-horror films, including Stand by Me and The Shawshank Redemption, and TV works from Salem’s Lot to Under the Dome. Through this discussion, Brown identifies what a Stephen King film or series is or has been, how these works have influenced film and TV horror, and what these influences reveal about the shifting preoccupations and industrial contexts of the post-1960s horror genre in film and TV. 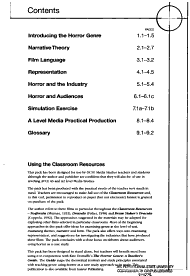 The Classroom Resources include tasks, questions and discussion topics, providing a ready-made scheme of work for teaching genre and also features frameworks for such practical activities as designing a video/DVD sleeve and stimulating a TV discussion about 'video nasties'.