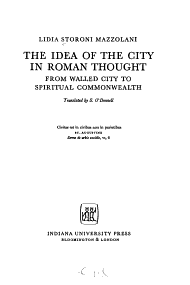 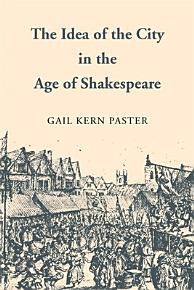 Gail Kern Paster explores the role of the city in the works of William Shakespeare, Thomas Middleton, and Ben Jonson. Paster moves beyond the usual presentation of the city-country dichotomy to reveal a series of oppositions that operate within the city's walls. These oppositions—city of God and city of man, Jerusalem and Rome, bride of the Lamb and whore of Babylon, ideal and real—together create a dual image of the city as a visionary ideal society and as a predatory trap, founded in fratricide, shadowed in guilt. In the theater, this duality affects the fate of early modern city dwellers, who exemplify even as they are controlled by this contradictory reality. 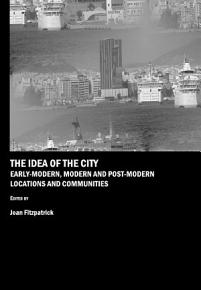 This collection of essays emerges from a two-day international conference held at the University of Northampton, UK. It contains the best of the papers presented by 45 delegates from 12 countries (UK, India, USA, Canada, Italy, France, Ireland, Australia, Romania, Japan, Germany, Portugal) involving both established academics and new scholars. The collection is divided into three parts: Part 1: ‘Medieval and Early-Modern Cities: Performance and Poetry’, Part 2: ‘Defining Urban Space: the Metropolis and the Provincial’, and Part 3: ‘Modern and Postmodern Cities: Marginal Urban Identities’. The chapters explore the nature of the modern city in literature, history, film and culture from its origins in the early-modern period to post-modern dislocations and considers the city as a context within which literature is created, structured, and inspired, and as a space within which distinct voices and genres emerge. Much interest has developed recently on the city and its contexts but there is a tendency to focus on London (for example there is the journal Literary London: Interdisciplinary Studies in the Representation of London and the annual Literary London Conference, a major conference that has run since 2002). This collection fills an important gap in the market by having a truly global focus. "Joan Fitzpatrick’s The Idea of the City represents a fascinating snapshot of the current state of literary urban studies. Conference proceedings can often seem diffuse or tokenistic, but this collection offers unity on several levels. For a start, many of the contributors ask similar questions of their material, approaching it with an informed awareness of the ways in which the city has been theorised as well as actually traversed from the medieval period to the present. While one would expect work of this type and standard from established and widely-published scholars such as Pamela Gilbert and Julian Wolfreys, it is refreshing to see how new researchers are blending the cartographic with the psychological to raise important questions about the perception, analysis, and mythologisation of urban and metropolitan space. The collection is impressively eclectic, ranging from Petrarch’s Avignon to modern Los Angeles, and from 18th century Lichfield to operatic re-imaginings of Venice. As I said, however, the collection is unified at a deep level by the contributors’ shared interest in city writing, and by their conviction that there is a complex relationship between space, place, and self. This means that the book would be of use and interest to those working on individual writers (including contemporary novelists such as Niall Griffiths, on whom little has yet been published) and in the more general areas of urban and cultural studies and critical theory. The collection as a whole allows the reader to revisit the ideas of influential works from the previous decade, such as Keith Tester’s The Flâneur (1994), Sophie Watson and Katherine Gibson’s Postmodern Cities and Spaces (1995), and Susana Onega and John Stotesbury’s London in Literature: Visionary Mappings of the Metropolis (2002). It is therefore both a useful round-up of established ideas from various city-centred disciplines, and a starting point for the fresh consideration of enduringly suggestive material." —Dr Nick Freeman, Loughborough University, Author of Conceiving the City: London, Literature, and Art 1870-1914 "In this substantial volume the editor has assembled an international line-up of scholars working on the city from the Renaissance to the present. This is an important and timely work that has depth as well as breadth. Interdisciplinary and cross-period collections like this which straddle several historical periods run the risk of appealing only in part to coherent scholarly communities, but Dr Fitzpatrick has structured the collection in a way which plays to the strength of critics working within particular periods while clearly displaying the latticework of links between the book's strongly marked sections. There is an excellent balance between historical and theoretical readings, between textual and contextual approaches, and between interventions that are author or text based and those that deal with broader themes and issues. The range of contributors is matched by the richness and variety of perspectives. I would strongly recommend this book to students working in the early modern period, and also to those interested in modern developments. It is a comprehensive, intelligently organized and richly researched volume that is likely to be well received, well reviewed and well read. I will certainly be ordering copies for my own University library and including it on reading lists for future courses." —Professor Willy Maley, University of Glasgow 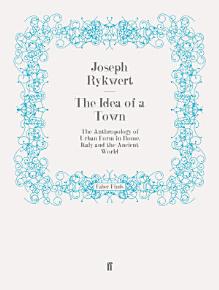 Roman towns and their history are generally regarded as being the preserve of the archaeologist or the economic historian. In this famous, unusual and radical book which touches on such disparate themes as psychology and urban architecture, Joseph Rykwert has considered them as works of art. His starting point is the mythical, historical and ritual texts in which their foundation is recounted rather than the excavated remains, such texts having parallels not merely in ancient Greece but also further afield Mesopotamia, India and China. To achieve his reading of the Roman town, he has invoked the comparative method of the anthropologists, and he examines first of all the 'Etruscan rite', a group of ceremonies by which all, or practically all, Roman towns were founded. The basic institutions of the town, its walls and gates, its central shrines and its forum are all of them part of a pattern to which the rituals and the myths that accompanied them provide clues. Like in other 'closed' societies, these rituals and myths served to create a secure home for the citizen of Rome and to make him feel part of his city and place it firmly in a knowable universe. 'It is refreshing to look at standard themes of the history of urban design from a nonrational point of view, to see surveyors as quasi priests and orthogonal planning as a sophisticated technique touched by divine mystery . . .. Rykwert's lasting worth will be to wrench us away from rationalist simplicities, and to make us face the fundamental disquietof the human spirit in its claim to a permanent place on the land.' Spiro Kostoff, Journal of the Society Architectural Historians 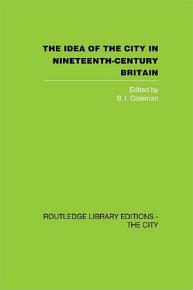 In nineteenth-century Britain, ahead of the rest of the world in economic development, many towns and cities grew to a size that only London had attained before. This volume focuses on the intellectual and controversial response of the period's leading men and women to the key issues of urbanization and its surrounding social problems. The extracts selected date from 1785 to 1909, and are drawn from the writings, reports and speeches of admirers of city life and its most passionate critics, optimists and alarmists, advocates of back-to-the-land panaceas, and reformers who aspired to control and reform cities. Contemporaries quoted include Dickens, Cobbett, Carlyle, Disraeli, Engels, Mrs Gaskell, Ruskin, Joseph Chamberlain, William Morris, Charles Booth, H.G. Wells and Seebohm Rowntree. In a valuable introduction the editor indicates the main preoccupations of the debate abotu the city, proposes a periodization for it, adn shows its connections with other controversies and issues, as Victorian Britain found itself entering an 'age of great cities'. This book was first published in 1973. 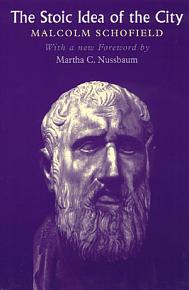 This systematic analysis of the Stoic school concentrates on Zeno's Republic. Using textual evidence, the author examines the Stoic ideals that initiated the natural law tradition of western political thought.

Baukunst is a monographic series of books about the architectural design and theory of selected contemporary architects. Baukunst 01 is based on an edited transcription of a public lecture given at the Universitat der Kunste Berlin on 23 April 2012." 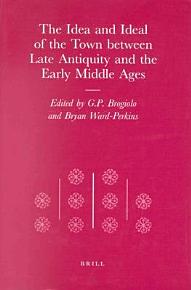 This volume collects papers by distinguished European scholars, on the changing perception of the city in the period of transition from the Roman World to the Early Middle Ages. Central themes are the persistence of classical ideals of urban life, within a rapidly-changing world, and the emergence of a new ideal of the city that was specifically Christian. 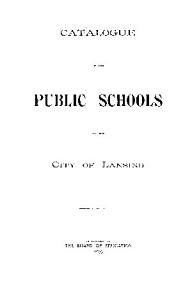 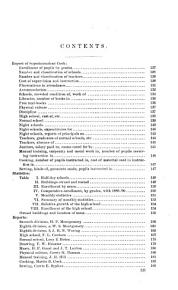