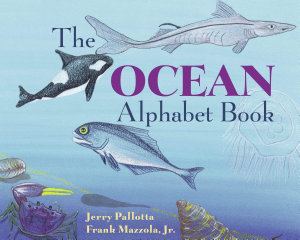 Learn your ABCs in this aquatic exploration of everything under the sea. Best-selling author Jerry Pallotta delivers a fun first concepts book that covers sea creatures from A to Z. From speckled cod to jellyfish to the shiny shells of scallops, readers will be introduced to over twenty-six species that live in the North Atlantic Ocean. Jerry Pallotta’s signature witty while scientifically accurate text paired with fun and detailed illustrations by Frank Mazzola Jr. make this a fun read aloud that kids and parents will be eager to dive into.

At first glance the ocean can be flat and grey; however, upon plunging into the Ocean waters and snorkeling the ocean is filled with stunning sights. The wonders and colors of the ocean come alive through this alphabet book celebrating ocean creatures and all that the ocean encompasses. Whether you are young or old the stunning colors will transform you into being under the ocean surface while learning the alphabet. 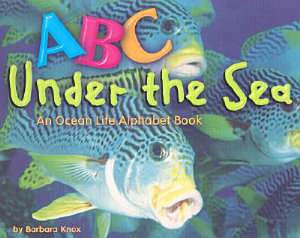 Provides an introduction to ocean creatures by using each letter of the alphabet. 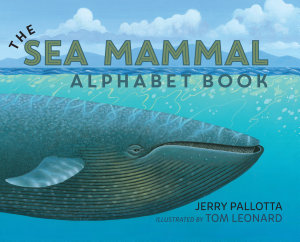 With his signature humor and amazing facts, best-selling author Jerry Pallotta offers a creature that lives in the ocean and needs air to breathe for every letter of the alphabet. Meet dozens of sea mammals--and a few bonus animals--in this beautifully and accurately illustrated alphabet book. In typical Jerry Pallotta style, the text is funny and engaging and often speaks directly to the reader to keep kids entertained and learning with every page turn. General facts about sea mammals are sprinkled throughout the text.

Life in the ocean is amazing! The Alphabet Book ABC in the Ocean includes beautiful and cognitive photography, contemporary design, and an insightful approach to engaging preschoolers. Cute and cuddly, creepy crawly, gigantic and microscopic - marine life comes in millions of shapes and sizes. Teach your preschool child the ABC's and encourage learning while reading. Enlightening character of the Alphabet Book ABC in the Ocean helps a child discover the ocean life in all its beauty and variety.

An alphabet book featuring twenty-six animals found in the ocean and including endnotes giving additional details about each of these sea creatures.

Children will take a trip into the deep blue sea, exploring the exciting and mysterious world of oceanic animals. With fun rhymes, interesting facts and great illustrations, this Alphabet book is sure to keep your child interested from A to Z. Reviewed by experts at the Smithsonian Institution for accuracy, Alphabet of Ocean Animals includes a sing-along audiobook CD and a tear-out poster featuring every oceanic animal covered in the book. 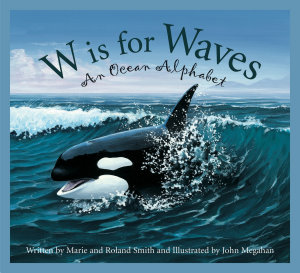 From the mythological underwater city of Atlantis to the amount of water that covers Earth's surface, the oceanic world has challenged and intrigued man since recorded time. And it seems that as much as we do know already, there is so much more to learn. In W is for Waves: An Ocean Alphabet water enthusiasts and budding scientists are given an A to Z tour of the ocean's depths and the creatures that inhabit them. Did you know that jellyfish can range in size from one inch to 200 feet long? And what about the mysterious Scandinavian sea monster called the kraken? Was it a myth or did it really exist? Learn about thermohaline currents, dolphin intelligence, and the largest living structure in the world (Australia's Great Barrier Reef). In W is for Waves young readers can explore the mysteries of the deep without getting their feet wet.Marie and Roland Smith grew up in Oregon and live on a small farm south of Portland. Roland is the author of many animal and adventure books for children. They also coauthored B is for Beaver: An Oregon Alphabet and Z is for Zookeeper: A Zoo Alphabet. John Megahan is a Senior Biological Illustrator at the University of Michigan's Museum of Zoology. He has also done freelance work for Weyerhauser, St. Martin's Press, MIT Press, The American Fisheries Society, Arizona Highways magazine, Oregon State University, and others. John lives in Ann Arbor, Michigan.

Introduces the letters A to Z by describing fish and other creatures living in the North Atlantic Ocean. On board pages. 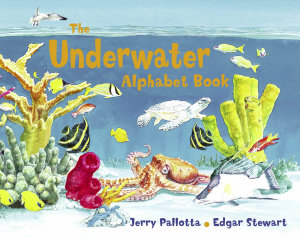 Learn your ABCs in this aquatic exploration of the coral reef. Best-selling author Jerry Pallotta delivers a fun first concepts book that covers sea creatures from A to Z. From the well-known Angelfish to lesser known Humu humu nuku nuku apua'a all the way to Zebra Pipefish, readers will be introduced to over twenty-six tropical species that live in and around the coral reef. Edward Stewart's detailed and vibrant illustrations bring the reader into the colorful underwater world. Covering habitats to inhabitants, this alphabetical journey is told both with wit and scientific accuracy that makes for a fun and funny read aloud that kids and parents will be eager to dive into.

A-Z letter tracing and coloring practice for kids! This fun book is a great way for kids to learn the alphabet and discover sea life. By coloring various sea characters If you are looking for an educational and entertaining book at the same time, this one is the best choice for your child. And developing children's skills in coloring This book is a great way to learn your child and improve their coloring skills.