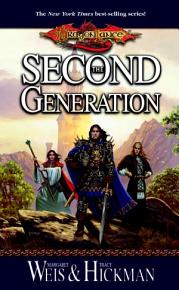 Years have passed since the end of the War of the Lance. The people of Ansalon have rebuilt their lives, their houses, their families. The Companions of the Lance, too, have returned to their homes, raising children and putting the days of their heroic deeds behind them. But peace on Krynn comes at a price. The forces of darkness are ever vigilant, searching for ways to erode the balance of power and take control. When subtle changes begin to permeate the fragile peace, new lives are drawn into the web of fate woven around all the races. The time has come to pass the sword -- or the staff -- to the children of the Lance. They are the Second Generation. 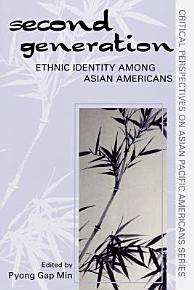 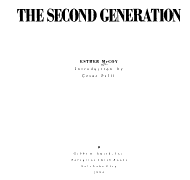 Recounts the lives and careers of four American architects, Davidson, Harris, Ain, and Soriano, and describes what goals they tried to accomplish with their designs 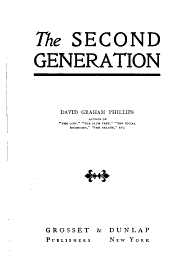 "A rich man disinherits his children so that they may make their own way in the world." Cf. Hanna, A. Mirror for the nation 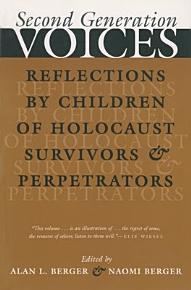 An anthology in which people that the Holocaust touched second hand reflect on their relationships with their parents, society at large, and the events of the past. 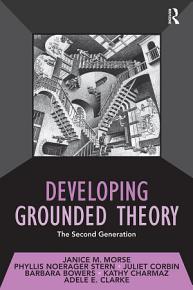 Grounded theory is the most popular genre of qualitative research used in the health professions and is widely used elsewhere in the research world. In this volume, six key grounded theory methodologists examine the history, principles, and practices of this method, highlighting areas in which different strands of the methods diverge. Chapters cover the work of Anselm Strauss, Barney Glaser, Leonard Schatzman, and the postmodern and constructivist schools. Dialogues between the participants sharpen the debate and show key topics of agreement and disagreement. This volume will be ideal for courses on grounded theory that wish to show the ways in which it can be used in research studies. 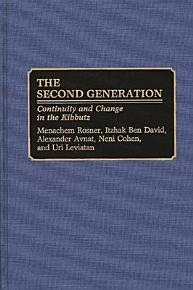 Can a well planned democratic socialist egalitarian community thrive economically, govern itself effectively, and pass on its value system to the successive generations? Presenting the extensive research of a study conducted between 1969 and 1976, The Second Generation answers this critical question. It addresses itself primarily to continuity; a comparison of values and goals between 1st and 2nd generation kibbutz members; and sheds light on many other issues. The extensive data and rich theoretical discussions are a valuable resource for social and political scientists and moral philosophers. 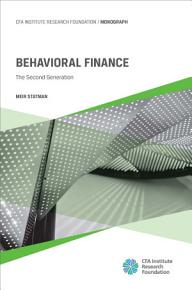 Behavioral finance presented in this book is the second-generation of behavioral finance. The first generation, starting in the early 1980s, largely accepted standard finance’s notion of people’s wants as “rational” wants—restricted to the utilitarian benefits of high returns and low risk. That first generation commonly described people as “irrational”—succumbing to cognitive and emotional errors and misled on their way to their rational wants. The second generation describes people as normal. It begins by acknowledging the full range of people’s normal wants and their benefits—utilitarian, expressive, and emotional—distinguishes normal wants from errors, and offers guidance on using shortcuts and avoiding errors on the way to satisfying normal wants. People’s normal wants include financial security, nurturing children and families, gaining high social status, and staying true to values. People’s normal wants, even more than their cognitive and emotional shortcuts and errors, underlie answers to important questions of finance, including saving and spending, portfolio construction, asset pricing, and market efficiency. 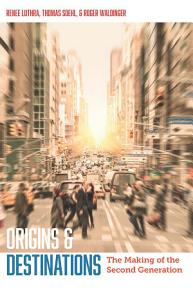 The children of immigrants continue a journey begun by their parents. Born or raised in the United States, this second generation now stands over 20 million strong. In this insightful new book, immigration scholars Renee Luthra, Thomas Soehl, and Roger Waldinger provide a fresh understanding the making of the second generation, bringing both their origins and destinations into view. Using surveys of second generation immigrant adults in New York and Los Angeles, Origins and Destinations explains why second generation experiences differ across national origin groups and why immigrant offspring with the same national background often follow different trajectories. Inter-group disparities stem from contexts of both emigration and immigration. Origin countries differ in value orientations: immigrant parents transmit lessons learned in varying contexts of emigration to children raised in the U.S. A system of migration control sifts immigrants by legal status, generating a context of immigration that favors some groups over others. Both contexts matter: schooling is higher among immigrant children from more secular societies (South Korea) than among those from more religious countries (the Philippines). When immigrant groups enter the U.S. migration system through a welcoming door, as opposed to one that makes authorized status difficult to achieve, education propels immigrant children to better jobs. Diversity is also evident among immigrant offspring whose parents stem from the same place. Immigrant children grow up with homeland connections, which can both hurt and harm: immigrant offspring get less schooling when a parent lives abroad, but more schooling if parents in the U.S. send money to relatives living abroad. Though all immigrants enter the U.S. as non-citizens, some instantly enjoy legal status, while others spend years in the shadows. Children born abroad, but raised in the U.S. are all everyday Americans, but only some have become de jure Americans, a difference yielding across-the-board positive effects, even among those who started out in the same country. Disentangling the sources of diversity among today’s population of immigrant offspring, Origins and Destinations provides a compelling new framework for understanding the second generation that is transforming America. 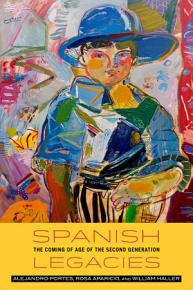 Much like the United States, Western Europe has experienced massive immigration in the last three decades. This book explores how the children of immigrants - the second generation - are coping with the challenges of adaptation to Spanish society, comparing their situation with that experienced by their peers in the United States 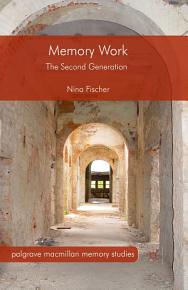 Memory Work studies how Jewish children of Holocaust survivors from the English-speaking diaspora explore the past in literary texts. By identifying areas where memory manifests - Objects, Names, Bodies, Food, Passover, 9/11 it shows how the Second Generation engage with the pre-Holocaust family and their parents' survival. 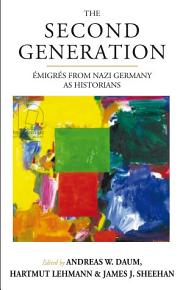 Of the thousands of children and young adults who fled Nazi Germany in the years before the Second World War, a remarkable number went on to become trained historians in their adopted homelands. By placing autobiographical testimonies alongside historical analysis and professional reflections, this richly varied collection comprises the first sustained effort to illuminate the role these men and women played in modern historiography. Focusing particularly on those who settled in North America, Great Britain, and Israel, it culminates in a comprehensive, meticulously researched biobibliographic guide that provides a systematic overview of the lives and works of this “second generation.”