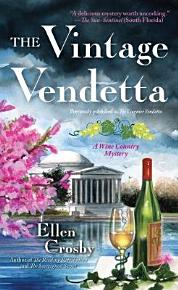 When her reunion with an old friend, is derailed by the friend's suspicious disappearance, Lucie Montgomery follows elusive clues to discern her friend's fate and the truth about a billionaire philanthropist's involvement.

When Lucie Montgomery visits Washington, D.C., she doesn't expect her reunion with old friend Rebecca Natale is a setup. But Rebecca disappears into thin air after running an errand for her boss, billionaire philanthropist and investment guru Sir Thomas Asher. Also missing: an antique silver wine cooler looted by British soldiers before they burned the White House during the War of 1812. 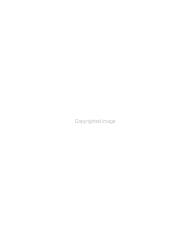 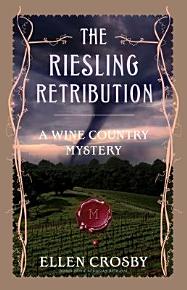 When a tornado destroys some of her newest grapevines and unearths the grave of a murdered man, Lucie Montgomery finds herself having to defend her father's innocence in the face of increasing evidence, a situation that is further complicated by abuse allegations that target winemaker Quinn Santori. 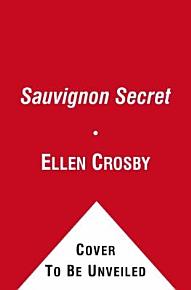 After discovering the body of a prominent wine merchant near her Virginia vineyard, Lucie Montgomery helps a family friend by traveling to California, where she teams up with Quinn Santori in a deadly game involving a vengeful killer. 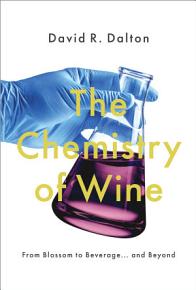 Poets extol the burst of aroma when the bottle is opened, the wine poured, the flavor on the palate as it combines with the olfactory expression detected and the resulting glow realized. But what is the chemistry behind it? What are the compounds involved and how do they work their wonder? What do we know? Distinct and measurable differences in terroir, coupled with the plasticity of the grape berry genome and the metabolic products, as well as the work of the vintner, are critical to the production of the symphony of flavors found in the final bottled product. Analytical chemistry can inform us about the chemical differences and similarities in the grape berry constituents with which we start and what is happening to those and other constituents as the grape matures. The details of the grape and its treatment produce substantive detectable differences in each wine. While there are clear generalities - all wine is mostly water, ethanol is usually between 10% - 20% of the volume, etc - it is the details, shown to us by Analytical Chemistry and structural analysis accompanying it, that clearly allow one wine to be distinguished from another. 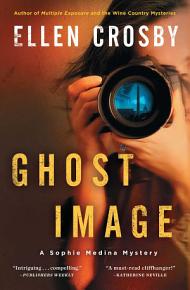 From the author of Multiple Exposure, the second “intriguing…compelling” (Publishers Weekly) novel in the thrilling Sophie Medina mystery series that features a photojournalist as she races to find an international treasure before a murderer finds her. When freelance photojournalist Sophie Medina finds Brother Kevin Boyle, a Franciscan friar and controversial environmentalist, dead in the magnificent gardens of a Washington, DC monastery, she is sure her friend was murdered. Shortly before he died, Kevin told Sophie he was being stalked, possibly because he uncovered a botanic discovery potentially worth millions of dollars. Left with few clues to his secret, Sophie is determined to figure out who killed Kevin. Beginning with a key that leads to a priceless original seventeenth-century encyclopedia of plants, Sophie leaps into an international treasure hunt following a trail that begins in the US Capitol and eventually leads to London and the English countryside. Before long Sophie suspects Kevin’s murderer may have been someone who knew him well. With time running out and a suspect list that includes the world’s leading botanical experts and political royalty from both sides of the Atlantic, can Sophie solve the two-hundred-year-old mystery before Kevin’s killer finds her? A tale of greed and betrayal involving politicians, diplomats, European royalty, and a century-old monastery, Ghost Image is filled with political intrigue, history, and an international high-stakes race against a killer that will keep you guessing until the very last page. 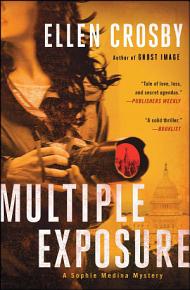 This globe-trotting mystery featuring intrepid photojournalist Sophie Medina is an “assured tale of love, loss, and secret agendas, the first in a new series, which... offers a complex portrait of our nation’s capital, with its historic beauty and roiling underbelly of deceit and danger” (Publishers Weekly). When photojournalist Sophie Medina returns to London from an overseas assignment, she discovers that her husband, Nick, a geologist and covert CIA operative, has been abducted and assumed dead. Three months later, a friend in the British government relays that Nick has been spotted in Moscow, but Sophie is allowed little joy before the news turns dark—Nick is accused as a suspect in his boss’s murder and rumors circulate that he’s involved in illicit Russian oil deals. With her every step closely watched, Sophie moves to Washington, DC, to be with her family and friends. There, Sophie is drawn deeper into Nick’s shadowy world. While photographing an exhibit of two never-before-seen Fabergé imperial eggs at the National Gallery of Art, Sophie is confronted by a Russian oil tycoon, implicating her husband in an international energy scheme. On the run from Nick’s enemies, Sophie plays a high-stakes game of Russian roulette as she tries to determine friend from foe and prove her husband’s innocence. Weaving together political intrigue, art history, and international espionage, the fast-paced Multiple Exposure is the thrilling first novel of an exciting new series. 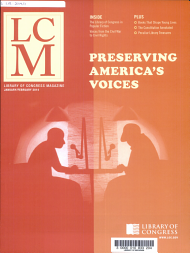 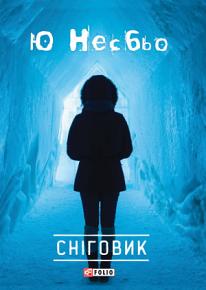