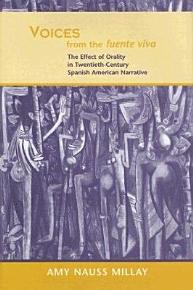 Many twentieth-century Spanish American writers sought to give voice to their countries' native inhabitants. Drawing upon anthropology and literary theory, this book explores the representation of orality by major Spanish American anthropologist-writers: Lydia Cabrera, Jose Maria Arguedas, and Miguel Barnet. These writers played a quintessential role of the Spanish American writer from colonial times to the present: they inscribed the mythical world of a vanishing Other by creating a poetic effect of orality in their ethnographies and narratives. This book argues that supposed differences between oral and written culture are rhetorical devices in the elaboration of literature, specifically modern fiction in Spanish America. Fictionalization of the oral requires adherence to the theory of a great divide between orality and literacy. Because the texts considered here are predicated on the ideality of speech, a contradiction underlies their shared desire to salvage oral tradition. This book explores how anthropologist-writers have addressed this compelling dilemma in their anthropological and narrative writings. at Tufts University. 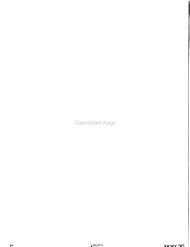 Every 3rd issue is a quarterly cumulation.

Covers world authors from many periods and genres, building an understanding of the various contexts -- from the biographical to the literary to the historical -- in which literature can be viewed. Identifies the significant literary devices and global themes that define a writer's style and place the author in a larger literary tradition as chronicled and evaluated by critics over time. 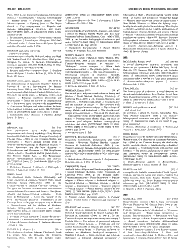 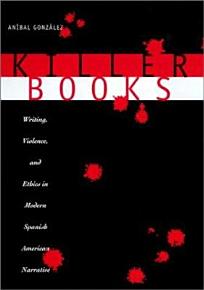 "AnÃ­bal GonzÃ¡lez's book is a rich, exquisitely erudite, highly original, brilliantly argued essay about profound ethical issues in the history of writing literature in Spanish America. . . . It is the work of a consummate and recognized critic at the height of his powers."--CÃ©sar A. Salgado, Associate Professor of Spanish and Portuguese, University of Texas at AustinWriting and violence have been inextricably linked in Spanish America from the Conquest onward. Spanish authorities used written edicts, laws, permits, regulations, logbooks, and account books to control indigenous peoples whose cultures were predominantly oral, giving rise to a mingled awe and mistrust of the power of the written word that persists in Spanish American culture to the present day. In this masterful study, AnÃ­bal GonzÃ¡lez traces and describes how Spanish American writers have reflected ethically in their works about writing's relation to violence and about their own relation to writing. Using an approach that owes much to the recent "turn to ethics" in deconstruction and to the works of Jacques Derrida and Emmanuel Levinas, he examines selected short stories and novels by major Spanish American authors from the late nineteenth through the twentieth centuries: Manuel GutiÃ©rrez NÃ¡jera, Manuel Zeno GandÃ­a, Teresa de la Parra, Jorge Luis Borges, Alejo Carpentier, Gabriel GarcÃ­a MÃ¡rquez, and Julio CortÃ¡zar. He shows how these authors frequently display an attitude he calls "graphophobia," an intense awareness of the potential dangers of the written word. 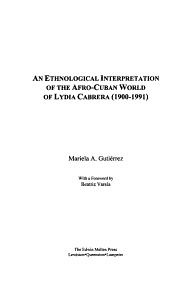 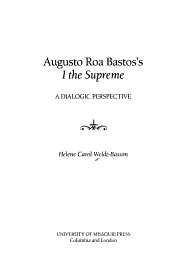 Roa Bastos's novel I the Supreme (1974), based on the 20 year reign of Paraguayan dictator Jose Gaspar Rodriguez de Francia (1766-1840), is one of the most famous and yet least understood works of contemporary Latin American fiction. Weldt-Basson analyzes Roa Bastos's seminal work by unraveling the rich web of both historical and nonhistorical intertextuality that is critical to an understanding of this novel. Annotation copyright by Book News, Inc., Portland, OR