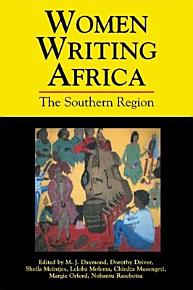 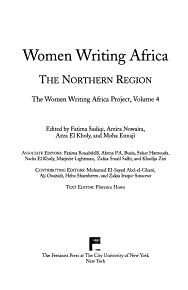 A major literary and scholarly work that transforms perceptions of West African women's history and culture. 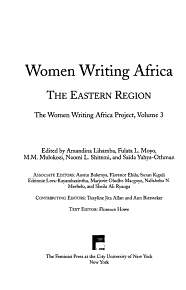 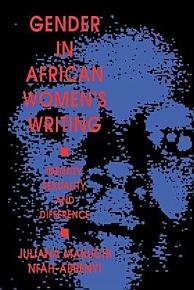 "This is a cogent analysis of the complexities of gender in the work of nine contemporary Anglophone and Francophone novelists. . . . offers illuminating interpretations of worthy writers . . . " --Multicultural Review "This book reaffirms Bessie Head's remark that books are a tool, in this case a tool that allows readers to understand better the rich lives and the condition of African women. Excellent notes and a rich bibliography." --Choice ". . . a college-level analysis which will appeal to any interested in African studies and literature." --The Bookwatch This book applies gender as a category of analysis to the works of nine sub-Saharan women writers: Aidoo, Bá, Beyala, Dangarembga, Emecheta, Head, Liking, Tlali, and Zanga Tsogo. The author appropriates western feminist theories of gender in an African literary context, and in the process, she finds and names critical theory that is African, indigenous, self-determining, which she then melds with western feminist theory and comes out with an over-arching theory that enriches western, post-colonial and African critical perspectives. 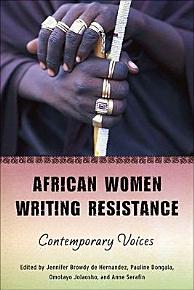 African Women Writing Resistance is the first transnational anthology to focus on women’s strategies of resistance to the challenges they face in Africa today. The anthology brings together personal narratives, testimony, interviews, short stories, poetry, performance scripts, folktales, and lyrics. Thematically organized, it presents women’s writing on such issues as intertribal and interethnic conflicts, the degradation of the environment, polygamy, domestic abuse, the controversial traditional practice of female genital cutting, Sharia law, intergenerational tensions, and emigration and exile. Contributors include internationally recognized authors and activists such as Wangari Maathai and Nawal El Saadawi, as well as a host of vibrant new voices from all over the African continent and from the African diaspora. Interdisciplinary in scope, this collection provides an excellent introduction to contemporary African women’s literature and highlights social issues that are particular to Africa but are also of worldwide concern. It is an essential reference for students of African studies, world literature, anthropology, cultural studies, postcolonial studies, and women’s studies. A Choice Outstanding Academic Book Outstanding Book, selected by the Public Library Association Best Books for High Schools, Best Books for Special Interests, and Best Books for Professional Use, selected by the American Association of School Libraries 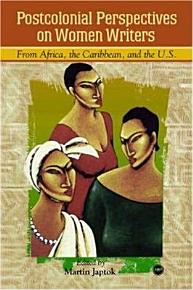 Combining postcolonial perspectives with race and culture based studies, which have merged the fields of African and black American studies, this volume concentrates on women writers, exploring how the (post) colonial condition is reflected in women's literature. The essays are united by their focus on attempts to create alternative value systems through the rewriting of history or the reclassification of the woman's position in society. By examining such strategies these essays illuminate the diversity and coherence of the postcolonial project. 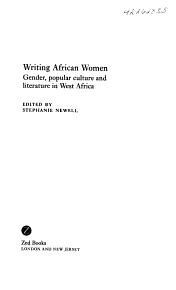 This unique book brings together a wide variety of African academics and other researchers to explore the links between literature, popular culture and theories of gender. The first part looks at African gender theory. The book then goes to on analyse women's writing, uncovering the ways in which different writers have approached, appropriated and subverted issues of female creativity, stereotypes of 'African Women' and colonial history. Part three looks at the interaction of sexual politics, polemics and popular culture, including explorations of the gender dynamics of mask performance and oral story-telling. This major analysis of gender in popular and postcolonial cultural production is essential reading for students and academics in women's studies, cultural studies and literature. 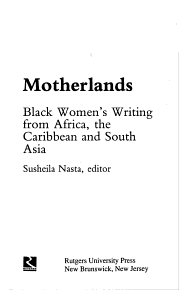 "This ground-breaking book will be especially valuable to women's studies, black and third world studies, and world literature scholars and students."ÐÐKarla Holloway, North Carolina State University Motherlands is the first critical work to compare and contrast women's writing in English from Africa, the Caribbean, and South Asia. Although critical attention has recently focused on and applauded the work of such Afro-American writers as Toni Morrison, Alice Walker, Maya Angelou, Gloria Naylor, and others, and although we are just beginning to look at the writings of Caribbean women, there are many excellent women writers in other parts of the world whose voices are just beginning to be heard. Their writings are important to developing theory on writings by women of color. That theory, in turn, has opened a dialogue with and a critique of feminist theories about women's writing, which frequently universalize in a manner that excludes women of color. This book is a major contribution to that debate. The contributors to this volume reexamine the mythology of "motherhood" already well explored in feminist literary debate, applying these ideas for the first time to a burgeoning post-colonial literature. The writers discussed include Bessie Head, Jean Rhys, Ama Ata Aidoo, Joan Riley, Olive Senior, Nayantara Sahgal and Nawal el Sa'adawi. Each is considered both within her own "mother-culture" and alongside her literary sisters worldwide. The contributors are Ranjana Ash, Elleke Boehmer, Jane Bryce, Abena Busia, Shirley Chew, Carolyn Cooper, Margaret M. Dunn, Elaine Savory Fido, Lyn Innes, Helen Kanitkar, Valery Kibera, Ann R. Morris, Judy Newman, Laura Niesen de Abruna, Velma Pollard, Caroline Rooney, and Isabel Carrera Suarez.